Why Bodybuilders Use Nolvadex (Tamoxifen)

Nolvadex is something that I have heard discussed on occasion at my local gym. Before I knew anything about steroids, I actually thought that Nolvadex itself was a steroid.

That is until I decided to do my homework and learn more about why bodybuilders use Nolvadex.

I quickly realized that Nolvadex use in bodybuilding is very popular for several interesting reasons.

Competitive athletes (bodybuilders) frequently use it to block/counteract the effects of estrogen.

In medicine, the compound has been used to treat breast cancer in women. 2

It's worth adding that some studies believe that Nolvadex can possibly help prevent the chances of women getting breast cancer, in the first place.

Nolvadex is sold under the generic names:

While there are others, the above are some of the more common names that are given to Tamoxifen Citrate.

Nolvadex is also very interesting because of its frequent association with gyno.

As you may already know, one of the biggest concerns of any bodybuilder is developing something called gynecomastia – a condition that can be caused by using certain anabolic steroids.

Common Steroids That Cause Gyno:

What you should know is that not all steroids will have the same effect on the human body.

Why? Because all steroids are scientifically unique.

Oddly enough, if you visit some of the online bodybuilding forums, you will notice that the one steroid, voted number one for causing gyno, seems to be Dianabol.

If we consider the fact that Dianabol is one of the most popular anabolics in existence; we can see why there's such a large demand for Nolvadex.

Why Bodybuilders Use Nolvadex

Bodybuilders use Nolvadex either during a steroid cycle or as a PCT (post cycle therapy) compound.

Most bodybuilders know that steroids cause gynecomastia due to aromatization.

Having too much estrogen -as a result of aromatization- can cause male breast tissue to grow and become puffy.

Often, the side effects are irreversible and -in some cases- the only way to reverse the effects of gyno is with surgery – that's why it's always best to prevent it, in the first place.

In order to prevent gyno from occurring, bodybuilders will typically use some kind of antiestrogen medication – which, in most cases, ends up being Nolvadex.

Some think that Nolvadex is an aromatase inhibitor that prevents estrogen production, but it's not.

Nolvadex lacks the ability to block the creation of estrogen. Instead, it counteracts its effects in very specific tissues – breast, bones, and liver.

To put this in simpler words, Nolvadex fights gynecomastia – it doesn't actually prevent it.

Nolvadex Is Both an Agonist and Antagonist

As an agonist, Nolvadex mimics the effect of estrogen within the body's cells. This is one of the reasons it is used in the treatment or prevention of breast cancer.

Nolvadex can also act on the skeletal muscles; a potential benefit for athletes (not bodybuilders).

It's believed that Tamoxifen Citrate can help athletes train harder; without damaging their muscles and helping speed up recovery. 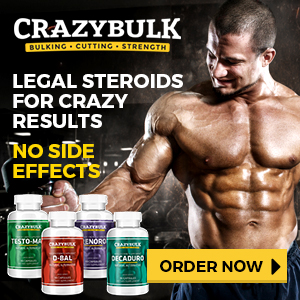 The opposite is true for bodybuilders because muscle damage from strength training is essential for muscle growth.

While some believe that Nolvadex should be used during a steroid cycle, others feel that it should never be used as part of a cycle.

Some bodybuilders believe that Nolvadex does little to interfere with a steroid cycle, which unfortunately leads them to increase the dose – in hopes of counteracting the estrogenic effects of their steroid use.

Compensating and/or counteracting estrogen production is not the right approach.

Instead of upping the dose, the smart thing to do is learning how to choose steroids wisely and use those that are less likely to have estrogenic side effects.

Even better is to stay away from them completely.

Why? Let me ask you this.

How do you know what the reaction will be to a particular steroid?

Everyone's metabolism and genetic structure are different. Some men may experience few aromatizing side effects, while others may experience severe ones.

Why the Need for Nolvadex?

During a steroid cycle, bodybuilders who are sensitive to estrogen buildup will usually take Nolvadex.

An increase in estrogen can cause certain unwanted side effects; the main one is gynecomastia, followed by the subcutaneous fat buildup and water retention.

Here's where the famous Nolvadex PCT benefits come into play.

During a PCT cycle, Nolvadex can prevent many of the unwanted side effects from presenting themselves.

Not only this, but it can also help raise the body's testosterone production after it has gone through an intense steroid cycle.

When a bodybuilder begins a steroid cycle, their body stops producing testosterone on its own.

When you stop taking steroids, your body does not immediately begin to produce testosterone – which leads to an abnormality of androgen levels and an increase of estrogen.

This happens because of a natural reaction from our bodies to increase SHBG (sex hormone-binding globulin); a hormone that blocks normal testosterone production.

Catabolism is a bodybuilder's worst nightmare because it can lead to muscle loss.

This is not a good thing, especially considering that the reason you took steroids in the first place was to gain muscle – not lose it.

Lastly, and while bodybuilders may rely on Nolvadex to prevent the onset of gyno, it's important to note that it's not always the right approach.

Mainly because the drug only offers short term benefits; meaning that if Nolvadex is discontinued, the problems could possibly reoccur later on.

Nolvadex During a Cycle

Bodybuilders who choose to take Nolvadex during a cycle will usually take a dose of around 10mg a day or 20mg every other day.

Some men may feel that taking Nolvadex during their cycle is not necessary – many will hold off until they begin to notice symptoms.

While some will argue that if you wait for the symptoms to appear it could be too late, others firmly believe that using Nolvadex during a cycle is a good precaution.

Nolvadex After a Cycle

Most men find that a 4-week cycle of Nolvadex is enough to get testosterone production back on track and prevent any unforeseen estrogenic side effects.

Now that you have an idea what Nolvadex is, you are probably asking yourself, are there any side effects? Yes, but most of them seem to be pretty mild.

Common Nolvadex Side Effects Include:

As you can see, the side effects caused by Nolvadex are minor, it is normally well tolerated by most performance athletes.

Probably the most noticeable side effect is mild to severe acne; this is a result of your body beginning to produce testosterone on its own again.

I mean, aren't they also using it?

The reality is that women are probably using Tamoxifen Citrate (Nolvadex) just as much as men are – especially those who practice the sport of bodybuilding.

Plenty of women use it leading up to bodybuilding competitions – especially those who are going for a lean or shredded appearance in their glutes.

Figure, physique, and some bikini athletes will typically start using it a couple of months out from their competition, to reach their desired look.

Why? Because Nolvadex can bind itself to the estrogen receptors without actually affecting estrogen production.

In other words, Nolvadex can get rid of unwanted body fat in the glutes and lower body area – without actually affecting estrogen production.

Nolvadex is just one of several antiestrogens that are available out there to prevent the side effects of estrogen.

Anyone considering steroid use should consult with their doctor or trainer first – in order to have a good grasp of how these compounds work.

Although this article contains a lot of good information, make sure you do your own research, so that you can have a good understanding of the pros and cons of steroid use and Nolvadex.