Oral Turinabol also known as (4-chlorodehydromethyltestosterone) a derivative of methandienone, it is not a steroid that you hear much about anymore.

While it is a rare find, Turinabol is a powerful steroid that can deliver incredible strength gains and make it easy to gain dense muscle.

Turinabol is a cross between Clostebol and Methandrostenolone, it is a powerful steroid yet low androgenic anabolic steroid.

Oral Turinabol was developed and released by an East German lab Jenapharm in 1962.  The steroid was used to treat men, women, and children suffering from a certain disease that would affect lean muscle mass and bone density. It could be used to treat people suffering from muscle wasting diseases, however, that is not how Turinabol became famous.

Turinabol is an anabolic steroid that was used by East Germans to boost the athletic performance of their Olympic athletes.

The Doping program was known as the State Plan Theme 14:25 1.  The decade long plan not only involved administering Turinabol to Olympic athletes it also included other anabolic steroids like testosterone.

During this time young children were carefully selected for special schools where they would be trained to participate in the upcoming Olympics.

During the 1976 Montreal summer Olympics, the East Germans excelled and won dozens of medals, the women's swim team alone won 11 of 13 swimming events.

Not only were the East Germans cheating the system they got away with it. At that time Oral Turinabol was undetectable.

When the Turinabol scandal became public in 1994 Jenapharm would stop making the drug.

While Schering produced many other steroids including Testoviron, Proviron, and Primobolan the company chose not to continue making Oral Turinabol.

Since then, Oral Turinabol has been produced by the black market and underground laboratories.

The official name of Turinabol is 4-chlorodehydromethyltestosterone, which is essentially an altered form of Dianabol (Methandrostenolone) a derivative of testosterone.

The chemical makeup of Turinabol is simple, its testosterone with a double bond carbon 1 and 2 which alters the anabolic to androgenic ratio. One important thing about Turinabol is that it carries an added chlorogroup at carbon 4 which prevents the hormones from aromatizing.

Like many steroids, Turinabol helps to increase protein synthesis, red blood cell count, and nitrogen retention, all three are important for gaining muscle.

While oral Turinabol is a powerful oral steroid it is not as strong as others, so, the results you get from the steroid are not as pronounced, however, the fact that this steroid does not aromatize make it appealing.

Turinabol is known as Dianabol without the bloat and excess water retention.

I mention the comparison of Turinabol and Dianabol because a lot of guys will ask why not just take Dianabol?

It's true that Dianabol is more potent, however, it does aromatize, so you can expect side effects. This includes water retention, gyno, and bloating which are side effects that you won't experience with Turinabol.

Bodybuilders turn to Turinabol because it's a steroid that can give you slow and steady gains that will last. Turinabol is perfect for bodybuilders who want lean and dense fat-free muscle mass.

Without a doubt Dianabol will give you faster gains but a lot of it comes from water and bloating, unfortunately, after you stop using it you can expect to lose those gains fast, this is due to the extra bloat and fat that you accumulate with Dianabol. 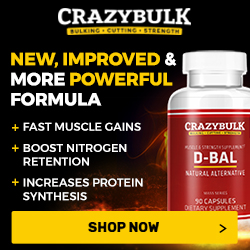 Turinabol gives you more of a dense and dry look which for many is preferred.

Using Turinabol you can realistically expect to gain a hard and refined physique within 4-8 Weeks, a lot depends on your diet and training. If you have good nutrition and a solid workout plan there is no reason why you can't get competition ready in that length of time.

Common side effects include:

A healthy person should be able to handle the side effects however it is important to keep close eye on cholesterol, most people can prevent these issues with proper supplementation, some things you may want to consider when taking Turinabol.

Turinabol is a steroid that can also be used by women in low doses, and some do, however in higher doses it can cause virilization symptoms.

For men, small doses in the range of 15-20mg per day can deliver good results, however, some will exceed that dose and take 20-50 mg per day which many report good gains, however, higher doses should be monitored closely for potential side effects.

Turinabol is not a steroid that you hear much about in the female bodybuilding scene, yes, it can be used by women, however, it should not be a woman's first choice. Oral Turinabol is slightly more aggressive than say Anavar but may be a better choice than injectable Winstrol.

For women, a typical dose would be 2.5-5 mg however that dose should not be exceeded, otherwise, symptoms of masculinization may appear.

A normal Turinabol cycle will last 4-8 weeks which is recommended in order to prevent straining the liver.

The active life of  Turinabol is 16 hours, however, the length of time that Turinabol can be detected is a different story.

If you look up how long Turinabol stays in your system you will hear anything from 5 days to 6 weeks.

Taken from this actually study 2(see excerpt below) Turinabol lasts up to 60 days which should be considered by athletes and bodybuilders who may be subjected to a drug test.

“Our study has shown that the metabolite M3 and, to a lesser extent, its epimer and M4 are the most long-term metabolites of DHCMT. Taking into account that I and II are reportedly detectable up to 22 days post-administration [3,9] and that the relative concentration of M3 in DHCMT post-administration urines is normally higher compared to I and II, the detection window of M3 could be estimated as 40–50 days, while M1, M2, and M4 are at least as valuable as I and II.”

Oral Tbol can stack well with other steroids, however, you should not stack Turinabol with other C17-aa steroids.

Where do you buy Tbol?

The only place you will find Tbol is online, it is only produced by underground labs and sold on the black market. Buyers should be aware that many steroids are mislabeled and there is no guarantee of what's in the compound.

Some labs will sell something labeled as Turinabol but you may actually be getting Dianabol instead. Anyone who wants to buy Turinabol needs to do careful research if not you will risk getting scammed.

Turinabol is often sold under other names including:

Turinabol is a powerful steroid that offers the benefits most hardcore bodybuilders look for in a steroid, it can boost strength quickly and give you some nice mass gains with no water retention, however like with all steroids we emphasize you do your homework and more important consult a professional before using any kind of anabolic steroid.