Masteron Benefits and Side Effects:  Why Do Bodybuilders Use It?

Masteron is one of the less talked about anabolic steroids. It is known as Drostanolone Enanthate and is what is considered a long ester version of Drostanolone.

Masteron was developed in 1959 by a company called Syntex, the same company that made Oxymetholone (Anadrol).

Despite being produced in the late 1950s, Masteron was not publicly available until 1970. Masteron was sold under different names including Metormon, Masteril, and Drolban.

Like most anabolic steroids, it was first used to help treat women suffering from inoperable breast cancer. It also became popular among bodybuilders as a cutting agent to eliminate body fat. Unfortunately, Masteron is no longer available, most pharmaceutical companies have discontinued production, however, there are many underground labs who still produce Masteron.

If you do find a company who sells Masteron you should do a thorough check to ensure you are getting a legitimate product.

Ironically enough, Masteron is still approved by the FDA but is rarely prescribed for treating breast cancer. Mostly because there are other drugs that are much more effective.  This is a different story when it comes to its use among bodybuilders and why it still remains popular.

One of the best features of Masteron is its strong anti-estrogenic properties. Most anabolic steroids increase estrogen levels and cause undesirable symptoms such as gynecomastia (man boobs) and hair loss. Masteron causes no estrogenic activity, on the contrary, this substance acts as an antiestrogen.

What does Masteron do?

Masteron is an effective anabolic steroid used during cutting cycles, it carries a low androgenic rating, however, it is five times more potent than testosterone.

During a cutting cycle, most men are looking to achieve hard and vascular muscle, this is what Masteron delivers, more so than other cutting steroids.

Taking Masteron has almost no effect on increasing muscle mass. It is only used by athletes during a cutting cycle. What Masteron will do is help increase strength, which can be useful for athletes who want to increase athletic performance without gaining additional muscle.

While Masteron is a very effective cutting steroid, it does not work like Winstrol or Anadrol. The benefits of Masteron will only be seen by bodybuilders who are already lean. This is why this steroid is used by bodybuilders at the end of their cutting cycle.

What Masteron does is increase muscle hardness and vascularity on an already shredded physique.

Adding Masteron to the end of a cutting cycle will help bodybuilders lose that last bit of stubborn fat, plus the antiestrogenic effect will only enhance the physical performance even more.

If you are not a competitive bodybuilder and are not that lean, you probably will not notice any sort of positive effects from taking Masteron.

Masteron works as a powerful androgen which makes it a popular strength agent among athletes and bodybuilders. One of the biggest complaints from bodybuilders during a cutting cycle is feeling weak and lethargic. This is because in most situations they are cutting back on calories in order to maintain a specific body weight.

Stacking Masteron with other steroids

Since Masteron decreases estrogen in your body, it makes it a steroid that can be stacked with other anabolic steroids. Many bodybuilders will stack Masteron with Anadrol, Deca, DBol, and Testosterone.

Masteron is similar to Primobolan

While the two steroids are much different if you had to compare Masteron to one steroid with similar traits it would be Primobolan. Both are DHT based steroids and share a few common traits. The most common trait is that they don't aromatize.

Masteron (Drostanolone) is only found in an injectable form whereas Primobolan comes in both oral pills and injectable.

Primobolan is a much safer alternative for women because it does not aromatize.

Most steroids cause some kind of side effects. There are some steroids that are not very harsh on the body and Masteron is one of them. Masteron does not cause any sort of virilization. Making it very tolerable among men.

For women, this is a much different story. Masteron can cause strong virilization symptoms that may cause certain (masculinization) side effects such as deepening of the voice, enlarged clitoris, and excessive body hair.

Since Masteron does not cause any sort of aromatization in men there are no estrogenic side effects, this means you don't have to worry about water retention, gynecomastia (man boobs) or high blood pressure.

Masteron can cause certain androgenic side effects that are common in most steroids, some of the possible side effects may include hair loss and severe acne. Men suffering from male pattern baldness may suffer from excessive hair loss.

Masteron can significantly increase LDL (Bad cholesterol) and lower HDL (Good cholesterol) so, if you already have a predisposition to high cholesterol you should avoid any kind of anabolic steroid. 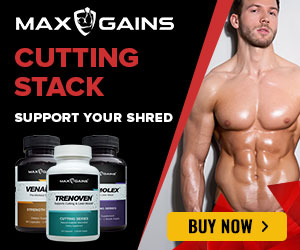 If you are going to take Masteron you should first consult with your trainer or personal physician, the most common dose for men is 300 -400 mg per week, or 100 mg every other day for a total of 4 weeks.

Masteron has pretty much disappeared from the steroid market because pharmacies stopped making it. When you could find Masteron on the black market it was usually very expensive.

We have seen Masteron sold in powder form. With the powder, you can make your own Masteron injectable solution (Not recommended) but there are several websites that sell the powder and tell you how to make it. You can also find more information and sources on several popular bodybuilding forums.

We do STRONGLY recommend doing detailed research before making any purchase online due to the fact that there are many counterfeit vendors.

In order to get the maximum benefits from Masteron, you should be at 10% body fat or below to see any results which is why it is not a practical steroid for the average Joe.