Benefits of Dianabol for Bodybuilding

Bodybuilding is a challenging discipline. It requires you to constantly push your own limits to not only gain a fat-free body with lots of muscles, it also requires mental strength in order to build your physique to its maximum potential.

Even though some may claim that achieving certain goals and breaking mental barriers completely depends on each individual. Even if a bodybuilder is willing to spend his free time training, it is highly irrational to claim that such things can be possible without some help from performance enhancing drugs (steroids). 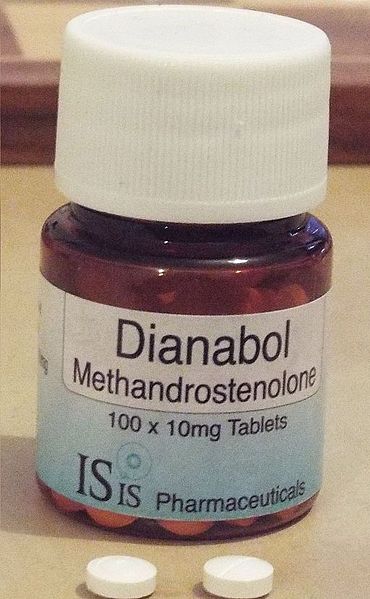 If you pay careful attention to what a bodybuilder looks like, you will realize that there is something extraordinary about their muscular build. Comparing them with yourself should give you an idea of how much stronger and more masculine they are.

However, they do not seem to have anything to hide from you; in fact, they are very likely to share their secrets with you and help you become as strong and big as they are.

There are no easy shortcuts involved, but there might be a way to alleviate the exhaustion of your upcoming journey.

Methandienone, also known as Dianabol, is an anabolic-androgenic steroid that is commonly used for non-medical purposes, such as enhancing performance and improving physical capabilities.

The original purpose of Methandienone was to cure hypogonadism, but it has been banned in many countries worldwide for decades.

The United States belong to a group of countries that have removed the controversial steroid from the market. As you may have guessed, such a move has not stopped thousands of bodybuilders from using Dianabol, This is why it stands out as one of the most popular steroids on the market.

Dianabol was originally developed back in the 1950s (1956 to be precise) in the laboratories of the Swiss pharmaceutical company, CIBA, in Basel, Switzerland, its mass production began in 1958.

The main motive to start developing a steroid that would improve athletic capabilities was to help  US athletes become more competitive compared to their colleagues from the USSR (Union of Soviet Socialist Republics), who were ruling the Olympic Games for years and leaving other competitors light years behind thanks to the use of testosterone.

Quickly after its launch, Dianabol started enjoying high popularity among the athletes from many different sports, with bodybuilding being one of the few sports that kept with the tradition and continue to use Dianabol today.

Dianabol has often been referred to as, ‘The Breakfast of Champions’, by old-school bodybuilders (obviously) because of its ability to transform you into a stronger and bigger version of yourself.

Why Do Bodybuilders Use Dianabol?

Dianabol is an excellent mass builder but it is highly estrogenic and can take its toll on the liver.

In spite of this, bodybuilders like D-bol because it helps increase lean muscle and more importantly helps boost strength levels. In fact, many bodybuilders will use D-Bol to kickstart a bulking cycle because of its quick results.

Some important benefits of taking DBol include:

Dianabol can show its effects up to 6 hours after it is taken. In fact, it remains active for 4.5-6 hours in the body – its biological half-life is quite short.

Dianabol can be taken orally or used in an injectable form, with the former option being more preferable for many and certainly the one that will provide you with quicker results.

Recommended daily intake stands somewhere between 10 and 20 milligrams, though you can increase it to up to 50 mg if you feel like coping with a more serious dose and (side effects).

Any doses higher than 50 mg represent a sort of gamble, since no bodybuilder takes more than 70/80 mg per day, which is not only risky territory for anyone, but also an unnecessary amount due to the true nature of Dianabol – it doesn’t show any additional benefits if taken in a high dose.

Since Dianabol works fast, you will notice quick results both in strength and your physical appearance. You will also experience significant changes in your endurance and be able to prolong your workouts with heavier weight.

Side effects of Dianabol include:

Because of some of the possible side effects, many bodybuilders will implement some kind of PCT (post cycle therapy). That therapy might include a selective estrogen modulator like Nolvadex, Clomid along with an HCG, this may include cycling Nolvadex and Dianabol in between cycles.

A marginal fact about Dianabol you probably wouldn’t think of if you were asked to list all of its benefits is the fact that it is relatively easy to get.

It is also more affordable than other anabolic steroids used by bodybuilders. This fact alone, combined with the easy availability makes it a practical steroid.

The side effects of Dianabol are mainly due to its high aromatization process which is responsible for transforming testosterone into estrogen.

High aromatizing steroids work fast but the downside is that after you discontinue use your muscle mass quickly decreases.

If you’re thinking that it may be time to take your body to the next level and pursue a career as a professional bodybuilder, you might have just hit the center and opened a wide variety of different paths for your improvement.

Assuming that you’re aware of the fact that taking huge amounts of Dianabol can have great benefits with certain risks, it can certainly help you gain muscle mass.

While Dianabol is very popular among professional bodybuilders, some guys are not willing to take the health risks. In this case, you may want to consider a legal Dianabol alternative. Most of them offer similar benefits without the side effects.