Benefits of Creatine Should You Use It?

Creatine has been around for several decades, I remember the first time I heard about creatine, I had my doubts about its effectiveness.

Now 30 years later, it is still probably one of the best selling supplements amongst the bodybuilding community, creatine comes in several different presentations and prices, making affordable for everyone.

Creatine can be very effective for increasing strength, adding muscle mass, and increasing short bursts of energy which is important for high-intensity training.

In this article, I will discuss the following:

The History of Creatine Supplements

In 1912 A couple of Harvard Researchers Willey Glover Denis and Otto Folin discovered that taking creatine could increase muscle mass, later in 1920 more research showed that intramuscular storage of creatine could easily be increased when ingesting in higher than average amounts.

Further research found that creatine phosphate played an important role in the metabolization of the skeletal muscles.

In spite of creatine being discovered in the 1920s, the supplement did not really become popular until 1992  when it was found that some Olympic athletes had used creatine prior to competing in the 1992 Barcelona Olympics.

One of the athletes was Linford Christie who won a gold medal in the 100 meters.

Sally Gunnell also won gold in the 400-meter hurdles, both athletes used creatine several weeks before competing in the Olympic's. 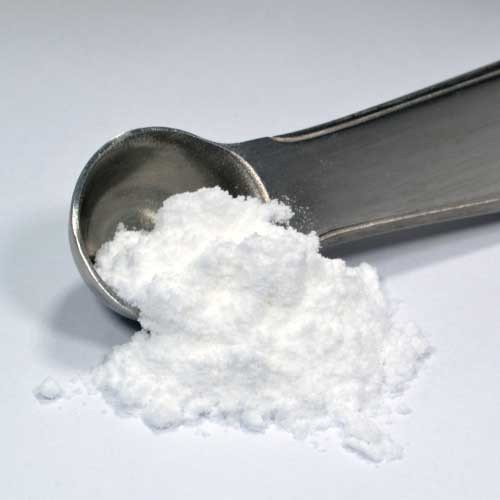 The company that developed the first creatine supplement was EAS (Experimental Applied Sciences). The product released by them was sold under the name “Phosphagen”.

In order to benefit the most from creatine, it is recommended that users consume a high level of glycemic carbohydrates along with taking creatine.

What this does is increase creatine stores in the muscles.

Creatine is a nitrogenous organic acid that occurs in our body, it helps supply energy to all the cells in the body but primarily to the muscles, it does this is by increasing adenosine triphosphate (ATP) in the muscles

Creatine helps increase the short burst of energy during any kind of intense physical activity or training.

Creatine works by quickly replenishing your reserves of ATP which supply the power to muscular contractions.

Numerous scientific studies have proven that extra creatine is ergogenic because it can help increase power during intense training, creatine has also been proven to increase performance and add more lean muscle mass.

If creatine is used over an extended period of time it can increase strength gains which equal more muscle.

Think of ATP as gasoline for our body, creatine binds to phosphate in our body to make phosphocreatine.

Creatine is like any other supplement, it will vary in solubility and effectiveness.

Certain types of creatine dissolve easier than others, which obviously the more soluble the creatine is the easier it is for the muscles to absorb it.

Regardless of the type of creatine, they all do the following:

Micronized creatine is basically the same thing as monohydrate with the exception that it has been micronized, this means the molecules in the creatine have been made smaller, making it easier to be absorbed by the muscle.

The advantage of micronized creatine is that most people don’t experience the effects of bloating or stomach discomfort which can be caused by monohydrate creatine.

Effervescent creatine is one that has been mixed with sugar and sodium to make it fizzle like Alka-Seltzer, some say it improves absorption and that it tastes better.

Is probably one of the most controversial types of creatine available, some users claim it is the best creatine on the market while others say it offers no results whatsoever.

Basically, creatine serum is regular creatine which has been dissolved in water, users who do say that their results were good from using creatine serum also said that the results from monohydrate were much better.

The above are some of the more popular creatine types, but there are many other varieties that include creatine orate and creatine cocktails “usually mixed with amino acids”.

Who should use creatine?

Anyone who is looking for a safe way to gain muscle, increase strength, and improve training intensity creatine is a must have

What kind of creatine should you use?

For most men and women monohydrate is probably the best,  it’s the cheapest and is just as effective as the others, the only downside is that it may cause bloating and water retention.

If you are currently in a bulking cycle this should not be an issue, however, if you are going through a cutting cycle you may want to consider a micronized creatine because it will cause less bloating and water retention.

Creatine is something that has and will be around for many years to come, it has been scientifically proven to work and is available in abundance, it's just a matter of choosing what you think will work best for you.

What we do know is that several studies have proven that it is safe for long term use and does have an impact on increasing strength and muscle size.